A Guide to Movie Dupes: Movies Like Twilight, Divergent, The Thing and More 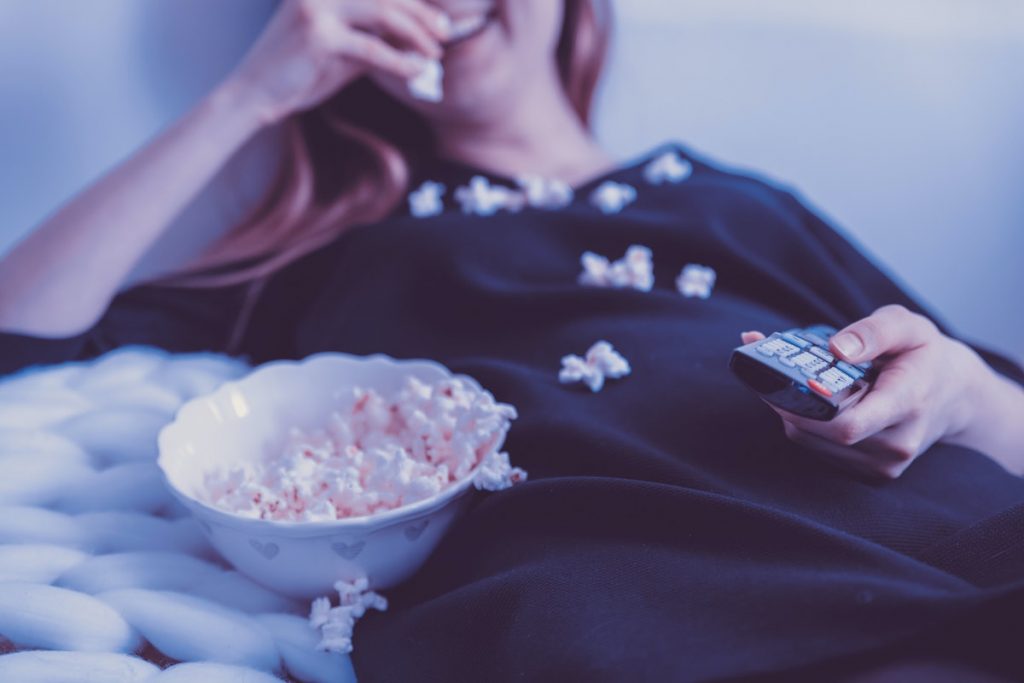 Everyone’s got more time to watch more movies due to the social distancing measures and lockdowns in place. Thanks to Netflix and other streaming services, you can watch and re-watch your favorite movies at home.

However, there comes a time when you get tired of watching your favorite movie. You still have plenty of time, though. Plus, when you’re drawn to the plot and premise of your fave films, you’re bound to watch movies like them.

So from movies like “Twilight” to horror or thriller films reminiscent of “The Thing,” we list down movies that are perfect to watch if you like this movie or that film! If we missed out on some movies, let us know your suggestions.

“Twilight” attracted millions of fans with a vamped-up version of the traditional love story: a clumsy human, sparkling vampire and a werewolf with abs. This supernatural love story enticed viewers with the possibility of falling in love with beautiful yet out-of-this-world creatures. Just ask the fans who keep sharing Twilight quotes.

Fortunately, if you get bored with Edward and Bella but are looking for stories somehow similar to theirs, there are many movies like “Twilight.” Similar stories include supernatural beings, difficult circumstances involving magic and forbidden love (plus a lovely engagement ring) and maybe a bit of blood.

So if you’re a big fan of Edward and Bella’s story, here are some films similar to Twilight that keep your love for supernatural love stories alive.

The “girl falls in love with a vampire” trope is a bit overused in the literary and film world. If you’re looking for a different take to this trope, watch “Warm Bodies.” The 2013 film is “Girl Meets Zombie” in all of its supernatural glory.

In a post-apocalyptic setting, R (played by Nicholas Hoult) is a zombie roaming the streets of a deserted city. During one of his hunts for food, he encounters a group of humans. After bashing the brains of one of the humans and eating it, he meets Julie (Teresa Palmer). Immediately, he is drawn to her. Coincidentally, he just ate her boyfriend’s brains.

R saves Julie from the other zombies and begins an adventure similar to Bella and Edward — similar in a way where the predator tries his best not to eat his prey. As a result, he ends up falling in love with her.

This movie, just like “Twilight,” shows the healing power of love. R the Zombie starts falling in love with Julie, bits and pieces of his humanity returns to him, similar to how Edward starts warming up (figuratively) as he falls in love with Bella. The only catch with “Warm Bodies” is how does R tell Julie that he ate her boyfriend’s brains?

“Warm Bodies” is a fun film with a unique take on the typical zombie movies by making it a “Girl Meets Monster” film.

Similar to how “Twilight” changed the traditional literary vampire, “Red Riding Hood” took a different approach in telling the story of a classic fairytale. Funny enough, “Red Riding Hood” was directed by Catherine Hardwicke, the director of “Twilight.”

In this version of the fairytale, Red Riding Hood (Amanda Seyfried) falls in love with the “werewolf” Peter (Shiloh Fernandez). Like other movies like Twilight, the movie brings viewers on a journey of forbidden love, supernatural beings and a curse!

If you have fallen in love with Robert Pattinson after your “Twilight” marathon, go check out his other films. One of Pattinson’s best moves is “Water For Elephants,” a romantic drama film that tells the story of Jacob. Jacob was finishing his veterinary degree when his parents tragically died in a car accident. Instead of earning his degree, Jacob hops aboard a train and joins the circus as the resident vet.

In yet another take on the “Forbidden Love” trope, Jacob finds himself falling for Marlena (Reese Witherspoon), who is the wife of a cruel ringmaster named August (who is also Jacob’s boss). Initially, Marlena and Jacob maintain a professional relationship with Rosy the Elephant binding them. But August’s cruelty to Marlena, his people and the animals push Marlena into Jacob’s arms.

It’s a heartwarming story of two people bonded by their love for animals and fight for freedom. Plus, we find it ironic that Pattinson’s character is named Jacob.

If you want to flip the script of the “Girl Meets Monsters” movie trope, check out “Beautiful Creatures.” Most movies like Twilight have the boy as the monster. Here, it’s the girl and she’s a witch but in this world, she’s called a Caster. Human Ethan meets Caster Lena who confides in him that in her family, every girl that reaches sixteen must be claimed by her “true nature.”

Simply put, she would either be light or dark caster by the end of the film.

“Beautiful Creatures” is an exciting film of magic, love and deceit that makes viewers want to root for Ethan and Lena. Plus, the actors portraying the side characters like Emmy Rossum, Jeremy Irons and Emma Thompson was *chef’s kiss.*

“Divergent” is the film you watch if you’re looking for films like “The Hunger Games” trilogy. The film tells the story of Beatrice “Tris” Prior who seems to be the odd-one-out when it comes to factions, which made her a Divergent. Divergents, however, are considered dangerous to their society, so she pretends to be a Dauntless.

Despite the series’ poor performance in the box office, “Divergent” still has a loyal fan base looking for more. Are there any good movies like Divergent?

If you’re in love with dystopian future films like Divergent and The Hunger Games, you’ll love “The Maze Runner.” Dylan O’Brien’s Thomas wakes up in a crate with amnesia. He ends up in a maze with other people in the same situation, as well as some mysterious creatures living beyond the wall.

One day, a girl ends up in the maze and Thomas realizes that everyone is part of an experiment. Together, the boys and the girl work they escape, only to find themselves stuck in a dystopia.

“Ready Player One” takes you to a world dominated by virtual reality. In this post-apocalyptic teen flick, businessman James Halliday designed a virtual world where people can do anything they want. Teenager Wade ends up in the said world to find a fortune to be left by Halliday after his death.

Scarlett Johanson stars as Lucy in a film titled after her character. Lucy is accidentally given a huge dose of illegal drugs. The result: Lucy manages to tap all of her brain’s unexplored functions, which gives her supernatural abilities.

Similar to other movies like Divergent, “Lucy” dares you to question the world you live in.

“The Perks of Being a Wallflower” is an iconic coming-of-age story that captivated people of different ages. It wasn’t your typical teen flick; the movie (and the book) discussed the struggle of a high school boy as he dealt with his first love, depression and bullying.

If you’re left wanting more, here are movies to watch if you love “The Perks of Being a Wallflower.”

The intro of this film stated it clearly: this is not a love story, even though it’s a romantic drama. The movie, told in a non-linear structure, follows Tom as he falls for a girl named Summer. Viewers watch Tom as starts considering Summer as “The One” while Summer expresses her interest in him and still insists that there’s no such thing as destiny and fate.

It’s a funny yet heart-wrenching film that talks about the uncertainty of love. Don’t believe us? Just check the endless movie quotes posted on social media.

“Flipped” is an underrated romantic film that warms the coldest of hearts. Based on the novel of the same name, “Flipped” tells the story of two eighth-graders, Julie and Bryce living their lives during the 1950s-1960s. The film starts with Julie harboring a crush on Bryce and the latter ignoring all of Julie’s efforts for him to notice her.

The story “flips” when Bryce realizes that Julie may be the One, but she doesn’t think so. If you’re looking for an innocent take on young love, “Flipped” is here for you. The best part is you’ll feel younger while watching it, too.

“10 Things I Hate About You” is an iconic teen movie known for its interesting characters, punchy jokes and brilliant casting ensemble (Heath Ledger, Joseph Gordon-Levitt and Julia Styles!). The film is a modern re-telling of “The Taming of the Shrew.”

It follows Cameron who wants to date Bianca. But her dad doesn’t let her date anyone unless Kat, the older sister, starts dating. As a result, Cameron encourages bad boy Patrick to date Kat. And the rest is history.

Capping off our list of movie dupes with the horror genre! When it comes to horror films, John Carpenter’s “The Thing” is one of THE standards for scary films to watch. The sci-fi horror film follows a group of researchers in Antarctica who are hunted down by an alien. The worst part is the alien takes the form of its victims.

Despite being a box office disappointment in 1982, “The Thing” remains a cult favorite in the horror genre. If you want to scare yourself more, here are some movies like “The Thing.”

Why not indulge in more aliens by watching yet another movie about aliens? “Alien” follows an industrial spaceship crew who responds to a distress signal and ends up encountering an unwanted visitor. The plot plus the claustrophobic setting can make anyone think they’ll see a deadly alien behind them.

Looking for an all-girl cast ensemble film that has “The Thing” vibes? You’ve got “The Descent.” The 2005 film follows a group of women on a trip to explore some caves. What started out as an all-girls trip turns into a horrifying “descent” into fear and horror as the women encounter mutated beings in the darkness.

While “The Thing” boasts of the most memorable creature attacks in cinematic history, “The Mist” amps up the paranoia with a story where you don’t know who to trust. In the film, a mysterious mist overtakes the small town and behind the mist are deadly creatures out to kill.  A group of survivors end up in a grocery store to protect themselves only to end up killing each other.

Did we miss out on some memorable movies? Let us know! 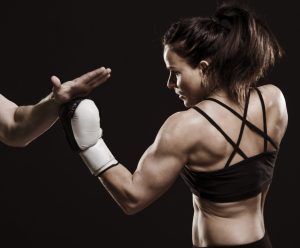 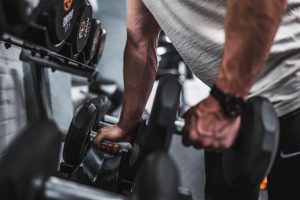 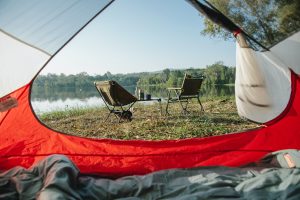 How to Make Camping Fun to the Non-Outdoors Type 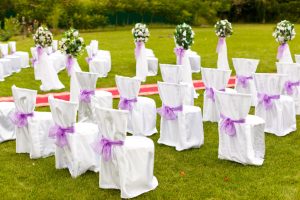 Planning for an Outdoor Wedding: What Should You Remember? 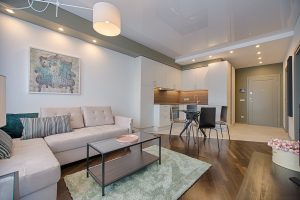 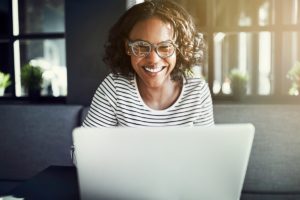 Starting a Health and Wellness Business 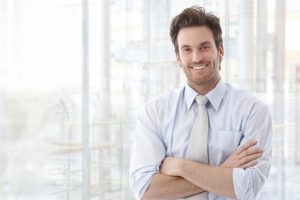 The Impact of Self-confidence on Your Well-being

Giving Your Body a Break with a Much-needed R&R

Hair Styling with Extensions: How to Make It Work for You