Safiya Nygaard is the Unproblematic Beauty Guru We Need 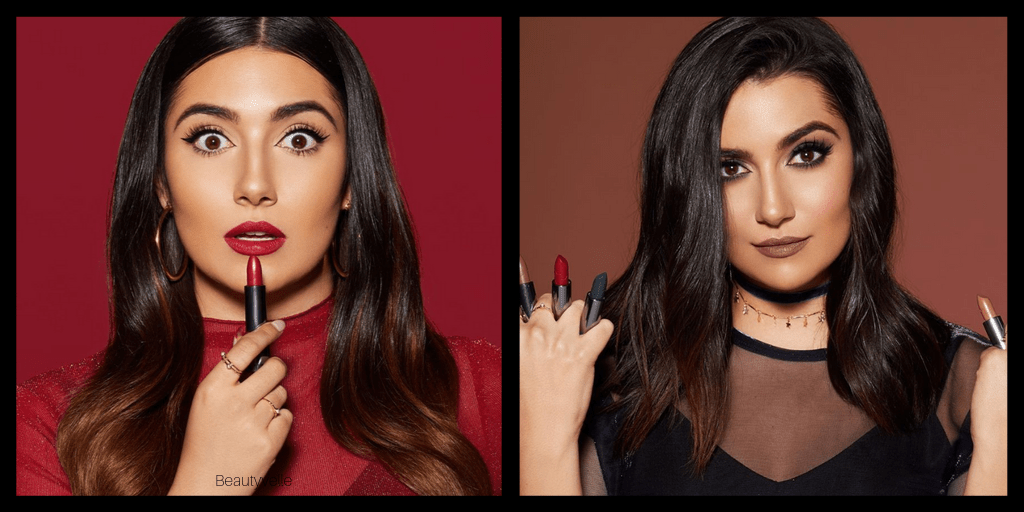 YouTube is a mess right now in terms of its community of its vloggers. Jake Paul, The Ace Family, David Dobrik — these are just some of the names that caused trouble for YouTube. And that list doesn’t even include the area where all the drama is: the YouTube beauty community.

Where do we even start with YouTube’s beauty gurus? The tea is aplenty: Jeffree Star being racist, Shane Dawson dubbed as a creepy pervert, James Charles’ recent grooming allegations, Tati and her breakdown — the list goes on. As a result, the community is seen as toxic and alluring at the same time.

If you’re tired of the drama but want more content on beauty, Safiya Nygaard is the unproblematic YouTuber to follow.

The Woman Behind the Bat Sleeve: Who is Safiya Nygaard?

If you were present during the viral popularity of Buzzfeed, you’ll know who Safiya Nygaard is. Like all the Buzzfeed stars (like Keith Habersberger, Zach Kornfeld, Eugene Lee Yang, Ned Fulmer) before her, Safiya first appeared in a string of random Buzzfeed viral videos before she landed a series called “Ladylike” in October 2015. Safiya and the rest of the Ladylike crew released a series of videos focused on trying the latest trends in terms of beauty, fashion and other lifestyle activities.

Safiya was a crowd-favorite during her days with “Ladylike.” She was the quirky and trendy old soul of the group — good with makeup, in love with all things “old” and “soulful.” So when she left Buzzfeed in January 2017, “Ladylike” wasn’t the same without her.

After leaving Buzzfeed, Safiya Nygaard became an independent YouTuber. She immediately started her own channel. In March 2017, she uploaded her version of “Why I Left Buzzfeed,” which is one of the most viewed videos of that format. According to Safiya, she left the company because she wanted more transparency, responsibility and creative freedom.

And boy did Safiya go crazy with the creative freedom once she started her YouTube channel.

Why is Safiya Nygaard So Popular?

Safiya Nygaard isn’t the typical guru who shows off lipstick, blush and makeup like most beauty YouTubers. She tries current lifestyle and beauty trends in the most unusual and unique ways. As her tagline says, Safiya focuses on three things: beauty, style and weirdness.

Her first videos were the usual beauty vlogger content: skin care routines, boyfriend does her makeup, Primark hauls and Kylie Jenner makeup reviews. The first videos to gain massive popularity were the ones from “The Internet Made Me Do It” series. These videos involve Safiya buying products recommended by Facebook, Instagram and other social media platforms, as well as items from online stores, like Fashion Nova, Romwe and Wish.

Safiya is also popular for her “Bad Makeup Science” series. She entertains viewers with different kinds of a specific makeup item (e.g. lipstick) and presenting the “Frankenstein” results. Her experiments combined with her witty commentary make each video a must-watch. Also, thanks to her “Bad Makeup Science” series, Safiya partnered with ColourPop cosmetics and released a limited edition lipstick collection based on her Franken-lipsticks.

As Safiya Nygaard’s YouTuber career soared to greater heights, so did her content. She started uploading videos celebrating beauty and lifestyle trends in other countries. Remember her “We Had a McDonald’s Wedding in Hong Kong” video? Before the grand Safiya Nygaard and Tyler Williams wedding, the couple traveled to Hong Kong to “get married” in a McDonald’s, which was a normal celebration in the country.

Safiya’s YouTube channel also includes videos of her personal life, particularly her then-upcoming nuptials to Tyler Williams. She uploaded content that showed her dress selection, baking a wedding cake with all the probable flavors available and trying wedding dresses throughout history.

As mentioned above, Safiya Nygaard is a different kind of beauty YouTuber. If you’re looking for someone to stan on YouTube, here are the reasons she should be one of them.

No Drama in the Beauty Community

Let’s face it: the beauty community is too toxic right now. All the drama channels are talking about beauty gurus “canceling” each other by “spilling the tea.” Dramageddon of 2019 had a part two in 2020 when Tati Westbrook called Shane Dawson and Jeffree Star for “manipulating” her into outing James Charles. Recently, James Charles was accused of grooming teen boys to be his lovers. We haven’t even discussed Gabbie Hanna and Trisha Paytas.

Living in the middle of a crazy pandemic, no one has time for negativity. Nobody has time to see YouTubers upload countless “Taking Accountability” videos.

Safiya is one of the unproblematic YouTubers of the beauty community. The only drama she had was with Daniel Preda who called her out for not promoting her appearance on the web reality show “Escape the Night.” This is barely drama, especially according to YouTube beauty guru dramas. Plus, Safiya took the higher ground by not responding to Preda’s short rant about her.

See, this is her top quality: Safiya Nygaard does not participate in any drama. Drama shows have nothing on her, which is a plus. Safiya maintains a good relationship with the YouTubers she collaborates with. Viewers get a sense that most of her collaborations are with the nice crowd of beauty YouTubers (e.g. Simply Nailogical) or with her former Buzzfeed colleagues.

Safiya and Tyler are Goals

Long-time followers of Safiya are also in love with her relationship with Tyler. Similar to Anna and Kristoff (“Frozen”), their relationship is an equal partnership.

Tyler is almost always present in her videos since he is always helping out with the editing and filming. He is a lovely addition to the scenes, especially when he makes little commentaries on her experiments.

Their “Our Wedding” video is one for the books. Viewers love their “First Look” scene where Safiya and Tyler see each other in their wedding attire for the first time. Subscribers shed a tear as the couple tried their best not to cry by joking around and still failing miserably.

And who can forget their first dance as man and wife — nay, as Gomez and Morticia Addams?

Apart from their wedding video, one of the most defining Safiya and Tyler moments is in her recently uploaded video titled “We Moved Across the Country.” As mentioned in earlier videos, Safiya took a break from uploading content due to the pandemic. The couple expressed their struggles with COVID-19, especially since they were far from their loved ones. So instead of allowing the pandemic to exhaust their creative efforts, the couple decided to make the move to Raleigh, North Carolina.

The video is basically a road trip video featuring Safiya and Tyler talking about the move, featuring the different states as they drive cross-county. It also shows the couple talking about their plans, as well as the typical #SafTy puns and jokes.

Lastly, Safiya breaks the standard of beauty YouTubers by not being all prim and perfect all the time. Some of her YouTube video thumbnails show her looking shamelessly like a meme. Safiya lets her viewers see her in her oily face glory — something beauty gurus usually do.

Plus, her commentaries are pure gold. She should copyright the term “butthole lip,” which refers to the inner linings of the lips. Her honesty mixed with her jokes make her a pleasant watch, even if she’s wearing the worst jeans in the world.

Safiya is also incredibly relatable. There is no word to describe how she does it. Whenever you watch her videos, her conversational tone makes it seem as if you’re part of her inner circle. And Safiya is often open to her followers when it comes to certain aspects of her life. If she watched the Disney princess movies in order and wanted to copy their dresses, she’d make a fantastic video out of it.

Plus, her clumsiness and oddness label her as a relatable YouTuber, not an out-of-reach vlogger who tries to sell you expensive makeup by “spilling the tea” (#Shade).

The beauty community of YouTube needs an overhaul right now. Instead of saturating viewers with the tea, shade and all the drama, it’s about time followers enjoy quality content on beauty and lifestyle trends.