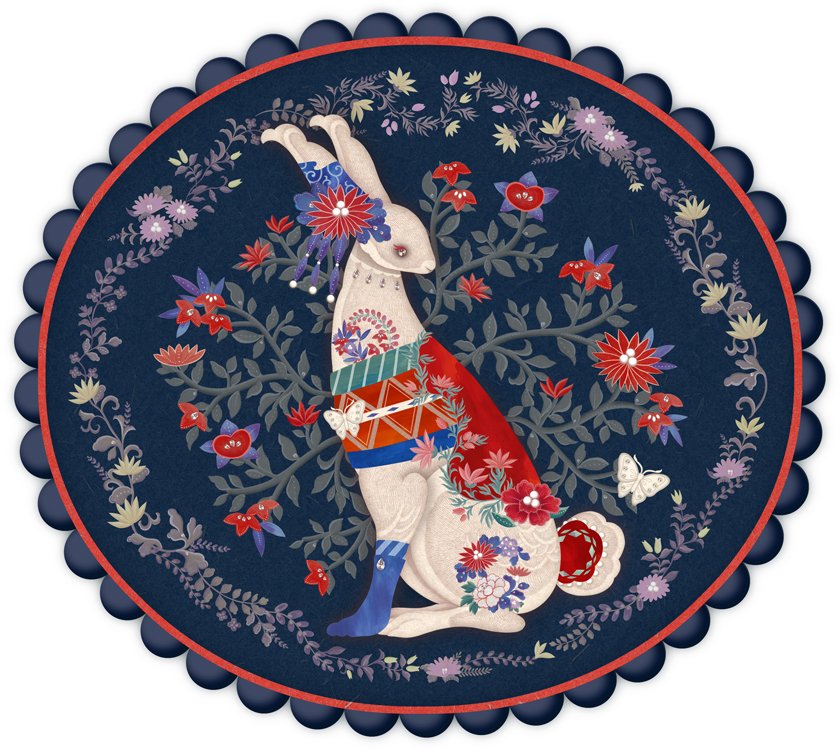 Gentrification is becoming a new thing in the world of art. From the architecture and exterior facades we see in various areas of popular cities, to the similar brand logos of high-end brands, to the way many artists are now producing the same money-grabbing art styles.

So, in a sea of art forms with little unique style, it’s refreshing to see different art forms take the spotlight even for just a brief moment. For many, it means taking a trip to prominent art museums and looking at masterpieces by the great artists. For others, it means waiting for Banksy’s next installment that’s bound to shock and catch his viewers off-guard. For me, however, it means visiting Aya Kato’s gallery and seeing refreshing art pieces that takes the art style of old Japan and marries it into the present through digital means.

Who Is Aya Kato?

Aya Kato is a Japanese artist born and raised in Japan. Born on January 1982, she went on to study Visual Art Education and Graphic Design at the Aichi University of Education, a national university in Kariya. Her works have been featured in books and magazines published around the world, including the United States, Spain, France, Germany, Turkey, Russia, Taiwan, and Brazil.

Based on her online profile, she has a long list of experience under her belt, both as an artist for her own artwork and for commercial purposes. As an artist, she’s had exhibitions from 2006 until 2012 around Europe, the United States, and Brazil. Her website shows an extensive background, working for TV, music videos, ads, books, illustrations, media, and even on product packaging.

If you’re a fan of Tori Amos and have seen the music video for “Sleeps with Butterflies,” you might be surprised to know that it was Aya Kato who did the art for the video.

In terms of her art style, Aya Kato says she intends to put “the world of harmony” and give it a new sense. Tracing back to her Japanese roots, she wants people to recall her heritage through history by taking Japanese work into the new age. Tying her Japanese tradition into the future, she keeps the spirit of her tradition alive.

It’s why, when you look into her gallery, you’ll find that most (if not all) of her work remind you of older Japanese artworks. From the art style, to the reference to Japanese culture, to the way she draws her subject, Aya Kato’s artworks strongly reminds you of ancient Japanese art pieces. Except, of course, it’s not.

Instead of the traditional Japanese style, Aya Kato brings her culture to the modern age through digital art. With her sense of colors and space as well as her talent for digital graphics, she does a unique take on Japanese art without sacrificing its essence or what makes Japanese art stand out among other styles.

Plenty of Japanese art dating back thousands of years old still exist and remain preserved around the world. While art in Japan has evolved to anime and other forms of art, plenty of artists try to preserve the tradition and unique characteristics of their early art, defending it from gentrification or letting their culture slowly forget about their past.

It’s hard to pinpoint specific characteristics on Japanese art, considering that their civilization dates back to 11000 B.C. and has since been evolving with the times and situation in their society. However, if you go to any world museum and place a European Renaissance painting next to a Japanese painting, you could easily notice the difference.

Some features, though, are fairly easy to point one. One is the way people are painted. Women in ancient Japanese culture dressed differently from western women. Because western and eastern people looked significantly different, it may be the reason why they are painted differently.

Unlike western tradition where nudity and anything with sexual undertones was immoral and banned by the Catholic Church, ancient Japanese tradition was more liberal on the subject of nudity. Early sumo wrestlers wore loincloths that exposed the buttocks more than the outfit we know today does. Both men and women could share communal baths, and topless women were considered a normal sight. However, because of this, it was typical for Japanese paintings to display people with less clothing.

Japanese homes, pillars, and bridges were also built differently, so it’s not difficult to distinguish a Japanese home setting from that of a western on. Plenty of surviving Japanese art tends to focus on the beauty of nature such as the forests, the mountains, and seascapes.

Other features would have to depend on the period the painting was taken in. For example, the Heian period focused a lot on court art and refinement befitting royalty and nobility. The message of each painting was often sublime and based in metaphors, and was more subtle in meaning compared to western art’s bold declaration.

Digital Art of the Modern Age

Aya Kato takes these characteristics and then puts them into digital art. After some resistance against people, who believed digital art wasn’t real art, it is now commonly accepted as a form of new media which creates both art for art’s sake and commercial art.

However, one thing that has always been against digital art is the fact that it is easy for artists to get lost and find their unique style. In a medium used by businesses to create compelling and catchy packaging and advertisements to lure customers, there’s been a pattern of more and more artists giving up their unique style in favor of what they think the public wants, which is often whatever corporations feed the masses.

From 2003 until 2012 (or at least, as far as her online portfolio goes), Aya Kato stays true to her style and, no matter the subject she draws, creates art that really reminds you of Japanese culture. From the lines, to the color, to the subject matter, most of her work reminds you of old Japan, but with a twist.

Sometimes it means brighter colors that ancient Japanese artists couldn’t have worked with in the past. Sometimes, it could also mean turning a concrete object into an almost abstract design. And looking at her work amidst a sea of minimalist, neutral-toned colors, is refreshing.

Just take a look at some of Aya Kato’s masterpieces to truly understand the talent her work exudes.

Mermaid (on a shirt c/o Beautiful/Decay) 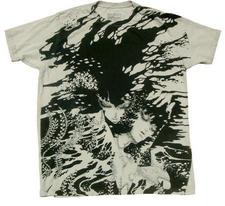 In 2006, Aya Kato worked with Beautiful/Decay to come up “Mermaid.” The shirt, as she describes is, shows “two mermaid figures in a surreal surrounding that is both about and below water at the same time.” 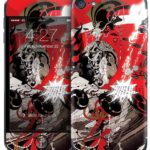 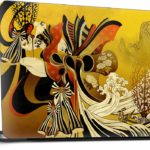 Bringing her work both to your screen and behind your screen, Aya Kato’s designer gadget cases are made in Canada and feature original artwork with that modern Japanese feel.

Having designed the chocolate boxes of Saganoya chocolates from 2006 to 2008, Aya Kato continues her art through Hanamahoro chocolates in the present.

I’ve come to enjoy looking at Aya Kato’s work. Whether it’s on commercial products or on the internet, seeing her art is a breath of fresh air, having seen so many similar artworks. Her style is unique, her talent in putting traditional Japanese art into modern media is evident, and I’m excited to see what her next big project will be.