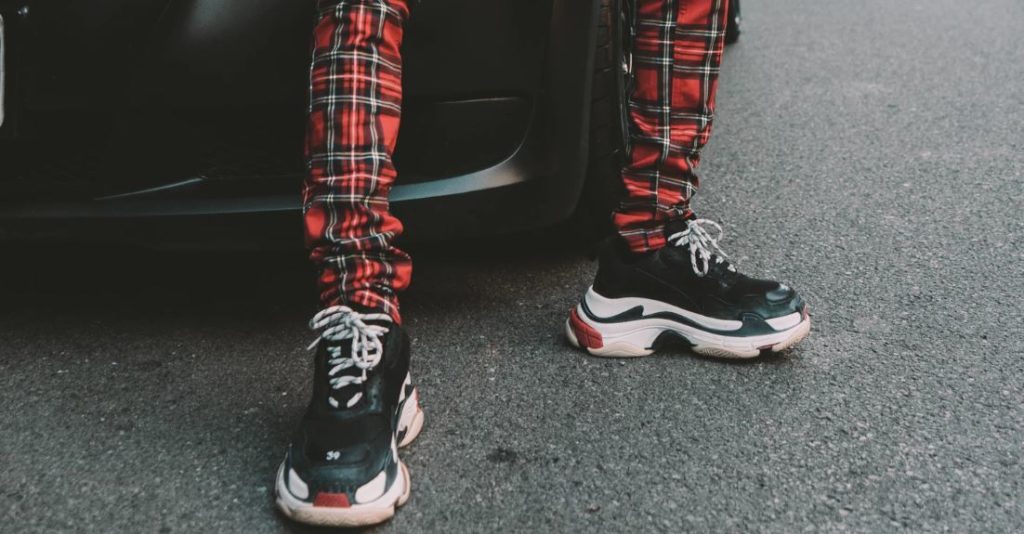 I have mixed emotions over Balenciaga’s Triple S.

At least for me, they are clunky, frumpy monstrosities that set you back almost $800. Who would sign up for that?

Well. Everyone else, apparently, except me.

According to an employee at the brand’s Madison Avenue store, the first two colorways sold out in just 30 minutes, on the first day of their release. At the same time, they were fetching almost double their $850 tag price on eBay.

For those who may not know, the Triple S looks like one of those running shoes people wore in the 80s, only with a sole a couple of sizes too big. It comes complete with the nostalgic, thrift store aesthetic. Call them frumpy, chunky, or plain old ugly, but in the realm of high-fashion sneakers (yes, high fashion and sneakers can now be said in the same breath, apparently), purposefully distasteful sneakers are the new hot item.

And in the Unattractive Sneakers category, Balenciaga owns the dubious Champion accolade.

Now, I used to think that the Triple S would look good on no one. Until one day, as I was having my nails done, this petite woman with elven features and a winning DNA combination waltzed into the salon. She was wearing just the slightest hint of makeup, leggings, a jean jacket, and, surprise: the Triple S in the tan, green, and yellow colorway. I was shocked at how good it looked on her! I changed my mind about the blocky shoe that same instant. As it seems, one may be able to pull it off – but only if you had glass skin, sexy heterochromatic eyes, and a glow that not even 18 hours of uninterrupted sleep could achieve.

This was before I have learned about Balenciaga’s sock sneakers. For context, I learned about the Triple S before I discovered sneaker socks. So imagine my shock when I saw the latter – they literally looked like socks. With a sole. At first sight, I was absolutely convinced that no one would be able to pull these off successfully. Not even if you had the face of Liv Tyler circa Armageddon. Or, to maintain the elven comparison, even if you looked as ethereal as Arwen in LOTR.

But wait. What exactly are sneaker socks?

The name is pretty straightforward –it’s footwear that features a knit upper and a sole. Sock sneakers evolved out of a trend started by big athletic brands such as Nike and Adidas. Nike, for example, has started their foray into soft, mesh uppers in 1979, when they launched the Bermuda. It was the release of the Flyknit in 2012, though, that marked the beginning of the modern era of sneakers with knit uppers.

Luxury brands have, since then, launched their own take on sock sneakers, with Balenciaga’s Speed Trainers taking the front seat. The shoe, basically, is an elastic ankle sock that is mounted to a sole. They set you back $595 to $695, depending on the version. People are reportedly scrambling to get their hands on it that it has consistently sold out in popular sizes on various stores and sites.

Like with the Triple S, many have expressed their disinterest in paying $500+ for the shoe. But they’re popular enough to get fast-fashion brand Zara to introduce a version that looks unmistakably similar to that of Balenciaga’s – but for a far lower price ($70).

According to analysis by magazine Edited, from the first quarter of 2017, the number of sock-like sneakers spiked to 220%, and that is just among luxury retailers. This suggests that the sock sneaker trend is doing so well, and it show no signs of retreating into the backseat anytime soon.

Just like any other kind of shoe, sock sneakers attribute their popularity for comfort. Users report that sock sneakers are just like yoga pants for the feet. Unlike other sneakers that are made up of pieced-together leather panels and other materials, sock sneakers follow the form of the foot without confining it. The comfort is undeniable.

Other brands that have careened into the sneaker sock territory have even found new ways to bank on the shoe’s comfort factor. Allbirds, for example, uses Merino wool to make the uppers of their version of the sneaker shoe. Touted as “the world’s most comfy shoes,” the brand’s version has become the footwear of choice in Silicon Valley.

Just as important is the shoe’s look. Balenciaga’s almost outlandish designs are just right for the present moment. Go ahead, call the Triple S ugly, its proponents wouldn’t mind. In fact, they even want you to. It’s sort of the point.

Ugly, of course, is a relative term. The opinion that sneakers are ugly may not be the consensus. Regardless, they are a breath of fresh air from the well-mannered minimalism that had reigned in the sneaker kingdom in the past.

For a long time, brands confined the sneaker to the basics, making it sleek and simple. Take for example the ultra-sleek  Stan Smith by Adidas and the whisper-quiet Flyknits by Nike. The sleek basics were the footwear royalty of the past. In these modern days, where people supported diverse ideas and borderline odd concepts, Balenciaga, Prada, Acne, and Vetements have squashed the lightweight sneakers under their bulbous soles.

Now, more than ever, fashion designers are becoming more fixated on introducing new trends. Brands need to offer new, interesting stuff to keep their sales up, after all. As sneakers happen to be one of the items that grab the attention, and the shopping dollars, of young shoppers, luxury labels need to be more creative to be able to break into a rather saturated market.

With social media accelerating the churn, what you get are products that defy the mold. People already have a clear idea of what sneakers should be. These unattractive sneakers challenge that, and that’s where their panache lies. When you see them in social media, it’s the radical aesthetic that stops you from scrolling, that draws you in.

The ugly shoe trend is here to stay, so keep your eyes glued to the ground. More strange things will be afoot.