What’s a Wifebeater and Other Origins of Clothing Names 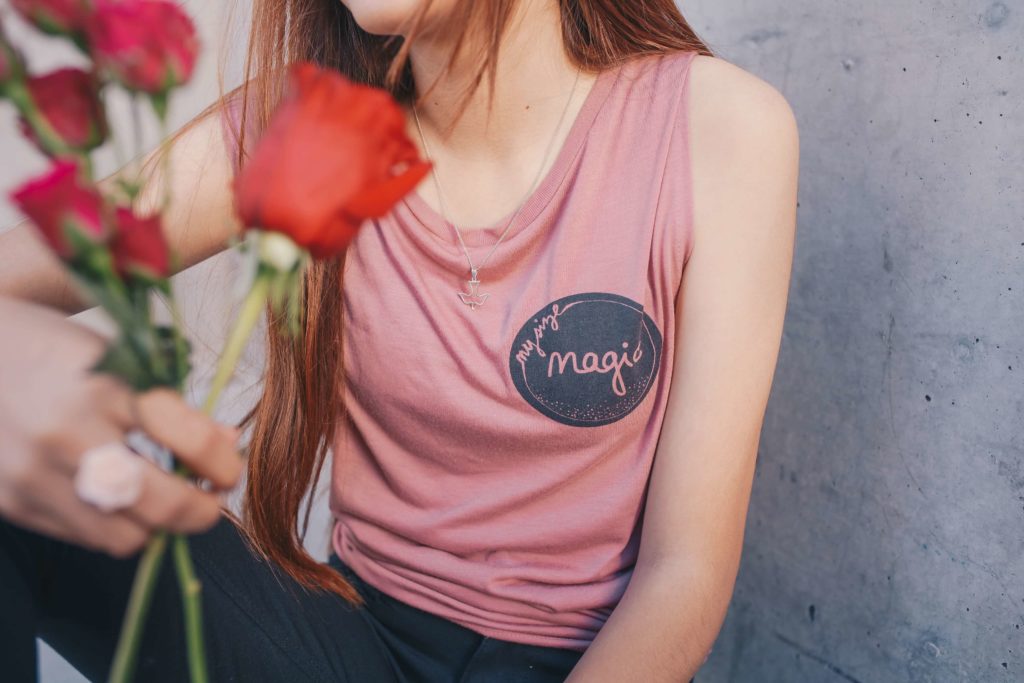 While most clothing terminologies have remained constant over time (i.e. skirts, gowns, shirts, etc.), some terms actually change, or are given a name retroactively. Some of these, like the Vandyke Collar or the Garibaldi, are named after popular historical icons, while garments like the Wifebeater had more…problematic origins.

One of the most, shall we say, ‘colorful’ names for a garment, the wifebeater shirt is basically a sleeveless shirt. Also known as a singlet, a sando, a sando-ganji, a banian, a Marcel, or, more exotically, a débardeur.

The wifebeater shirt is also called a tank top, and, less commonly but unfortunately still used, a guinea tee or a dago tee. If you think that’s a bit racist, well, that’s because it is.

Why is it called a wifebeater shirt? Well, back in the 30’s and 40’s, this type of shirt was common amongst working-class immigrants in America, mostly because it was cheap and effective at soaking up sweat so you don’t mess up your nice over shirt. This gave rise to the idea that only immigrants, primarily Italian-Americans, wore the shirt. Now, the term ‘wifebeater’ came about because of the stereotype that working-class people, often with ethnic backgrounds, were violent and would beat their wives after a long day’s work. Yikes.

The direct ancestor of the modern blouse, the Garibaldi shirt is ironically named after a man, Giuseppe Garibaldi, Italian folk hero and proto-fashion icon. Him and his wife, Anita Garibaldi, were folk heroes and patriots active during the Italian Wars of Unification. They were known for their distinctive camicia rossa, or red shirts, that they wore into battle. 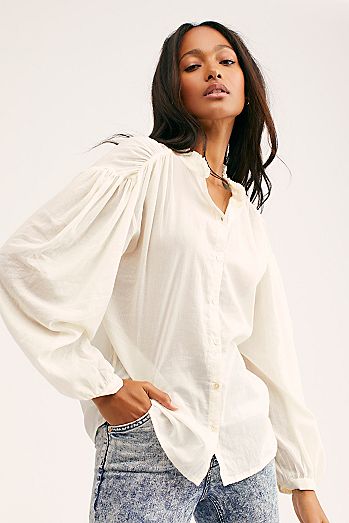 Their outfit, and their bravery, became so popular that it quickly became vogue amongst civilians to adopt their iconic crimson wool shirt. By 1860, even Empress Eugénie of France hailed the Garibaldi shirt as the ‘gem of the season’ and became extremely popular in the first half of that decade.

After some time, the Garibaldi shirt became an exclusive garment for women, eventually transforming into the Victorian shirt waist, itself a precursor to the modern woman’s blouse.

Not to be confused with the pullover (which, as its name suggests, is pulled over the head), the cardigan is usually a knitted jacket that can either have buttons to close it or hangs open by design. It’s also one of the most common garments that people have in their closet: it’s light enough for a cool spring day, but thick enough to keep you warm in the fall.

Although many people love the cardigan for its light, fuzzy, and warm vibe, the origins of the cardigan were far from homey.

The cardigan was named after Major General James Brudenell, 7th Earl of Cardigan. The Earl led the infamous Charge of the Light Brigade (immortalized by Tennyson’s poem of the same name) during the Crimean War.

The Charge of the Light Brigade was an ill-fated attempt of the British forces to seize enemy guns. Due to a miscommunication, the brigade, led by the Earl of Cardigan, rushed into the wrong trench and suffered heavy casualties. While the action in itself was considered one of the bravest and most valorous charges in military history, the same cannot be said about the circumstances that led to the charge, nor the commandeering of the Earl of Cardigan who, despite his courage, showed a lack of empathy towards the men who died under his command.

However, when Lord Cardigan returned to England, stories of his ‘brave, yet reckless’ actions made him one of the most popular icons in British society. He was known for wearing his knitted wool waistcoat that was common among British officers during the Crimean War. Because of his popularity, this fashion choice soon became all the rage with civilians, and thus, our favorite light sweater was born.

When you think “wild west”, you probably have an image of a cowboy sitting atop a mighty steed, gazing over his pastures with his six-shooter on his hip, a leather vest over a plaid shirt, a Marlboro cigarette in his mouth, and that iconic Stetson hat on his head. While some of that might be inaccurate (many cowboys actually wore ponchos, and pre-rolled cigarettes weren’t invented until the early 1900’s), one thing is: the Stetson hat.

It isn’t an exaggeration to say that the Stetson Hat single-handedly defined men’s headwear in the American West. Produced by the John B. Stetson company, the Stetson hat came with dozens of varieties, from the Stetson Cavalry Hat (worn by American Army Cavalry troops), the Prospector’s hat (the company’s prototype), and the famous “Boss of the Plains” hat.

Legend goes that John B. Stetson crafted the first “Stetson hat” from thick beaver felt during a hunting trip, as a way to show his companions of making cloth using fur sans tanning.  He then proceeded to create an unusually large hat made of hides they had collected on their trip. Initially worn as a joke, Stetson grew fond of the hat and wore it wherever he went. One day, a cowboy saw Stetson with his comical hat, tried it on, and bought it on the spot with a five dollar gold piece. And from then on, it became a staple in all American West stories.

Designed after the Hessian Boot, the Wellington Boot was first commissioned by Arthur Wellesley, 1st Duke of Wellington, back in 1815. The first Wellington Boot as made out of soft, calf-skin leather that hugged the legs snugly. It had low cut heels measuring around an inch, and went halfway up the Duke’s calf. It was designed to be sturdy enough for a day’s worth of hard riding, but smart enough to be worn during informal evening affairs. It became the Duke’s trademark footwear, and with his rising popularity has a war hero, it became fashionable for British gentlemen to wear “Wellington Boots” both for its functionality and its patriotic undertones.

In 1852, American industrialist Hiram Hutchinson decided to open his own footwear company in France to provide farmers with waterproof footwear (95% of farmers in France at the time wore wooden clogs to the field). He commissioned American engineer Charles Goodyear, inventor of the sulfur vulcanization process, to create footwear that is waterproof and sturdy, with their principal design drawing from the Wellington Boot for inspiration. Their rubber boots were a hit and soon became standard wear for industrial workers, soldiers, and pretty much anyone who required footwear that could withstand rain, shine, flood, or mud.

A popular type of collar during the 18th and 19th century, the Vandyke Collar is a large collar with deep points that stood high on the neckline and fell onto the shoulders. The Vandyke Collar was usually trimmed reticella, or even lace.

Although very popular during that era, the Vandyke Collar wasn’t actually called that until much later on in the 1900’s. Back in the 17th and 18th centuries, the Vandyke Collars were simply called Collars. However, costumers in the 20th century needed a name to call these unique, old-timey collars, so they referred to Anthony Van Dyck, a Flemish artist in the early 17th century, whose self-portraits showcased him often wearing the Vandyke Collar.

First sold in 1824, the Mackintosh, or Mac, is a type of waterproof raincoat made out of rubberized fabric. Named after its inventor, Charles Macintosh, the Mac was revolutionary for its time, thanks to its innovative production process of sandwiching layers of impenetrable rubber in naphtha in between layers of fabric.

With the process perfected around 1843, rubberized coats, or Macs, became standard wear for all levels of British society, from gentlemen’s riding coats, officers coats, and even workers’ coats. However, by the mid-20th century, the Mackintosh fell out of fashion thanks to the introduction of newer, lighter fabrics and garments. By the 90’s, Traditional Weatherwear, the brand that owned Mackintosh, was on the verge of bankruptcy.

Thankfully, though, senior staff members bought the company and started re-branding Mackintosh as an upmarket brand by collaborating with fashion companies like Louis Vuitton, Gucci, and Hermès. By 2007, the company was bought by Japanese firm Yagi Tsusho, which continued to push the Mac in the luxury brand market, even creating a premium-line called Mackintosh 001.