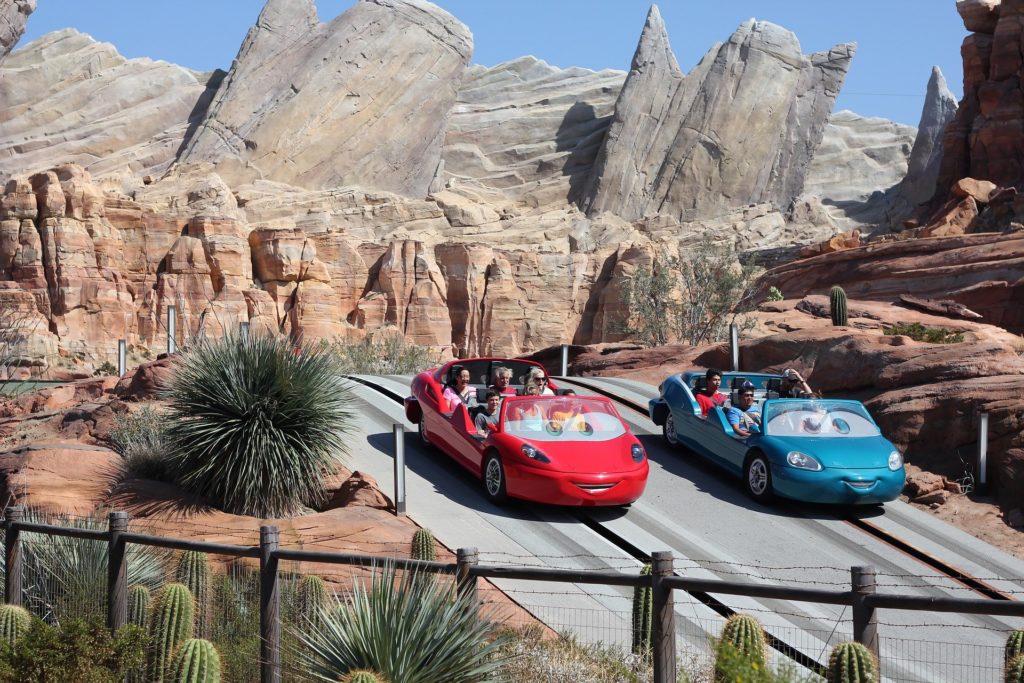 The first time I entered a Disneyland was when I was 10 years old. I was lucky that my family and I visited during Disneyland’s off-peak seasons so that I didn’t have to wait nearly an hour to get a turn at the rides. While I didn’t have time to try all the rides Disney had at the time (that’s just how big Disneyland is, for those who haven’t visited yet), it was still a memorable experience for a child.

But did you know that despite the many rides Disneyland introduced over the years, there are still plenty of the OG Disneyland rides today? The first Disneyland opened to a disastrous start in 1955, but today, it is the hub for every child and child-at-heart. And 64 years later, these rides have stood the test of time and are still worth the long wait (or additional FastPasses).

While the Disneyland we know today has a strict set of rules and protocols to preserve the magic and whimsy of the park, when Disneyland first opened its doors in 1955, the conditions were not up to standard to the point that some rides were still non-operational on opening day.

Its Tomorrowland, one of Disney’s first themed lands in the park, was still not fully functional, so what was supposed to be a themed land that showed the future where visits to the moon were commonplace was a place that was simply stuck in 1955.

However, Tomorrowland’s Autopia was one of the few rides that was ready for guests. The ride was basically a closed-circuit track where cars would move around the track. While the car has a gas pedal and steering wheel, the steering wheel doesn’t actually do anything since the car automatically follows the path. However, the driver can control the speed of the car using the pedal.

It’s actually surprising that Autopia was one of the few Tomorrowland attractions that worked. Prior to its opening, the cars were tested without bumpers and were nearly destroyed. Eventually, they were fitted with spring-loaded bumpers so that drivers will be discouraged from bumping into each other. It’s not a bumper car-inspired ride, but if a driver were to decide to release the pedal in the middle of the track, they could block the way of the car behind them.

It’s not the most exciting of rides, but you get to drive around a track that actually makes you feel like you’re driving on a real road. It seems like a kids ride, but take note that the driver of the car will need to be tall enough to reach the pedal for the ride to work.

Today, Autopia still exists in Disneyland Park in California after it was closed and re-opened in 2016 for renovations. It was a feature in Hong Kong Disneyland before it was closed down in 2016. It also used to be an attraction in Tokyo Disneyland but was called the Grand Circuit Raceway.

In the Adventureland area, the Jungle Cruise attraction provides guests with a simulated riverboat cruise down major rivers that resemble Asia, Africa, and South America in a replica of a 1930s tramp steamer. There aren’t any real animals in the attraction (because Roy Disney feared that plenty of animals would be asleep during the day), but instead uses audio and animatronics to fill in the sounds and sights you’d see in a real-life jungle boat ride.

But the real entertainment comes from Disney cast members who deliver both scripted narration and funny ad-libbing, though the original rides until 1962 actually have jokes and was supposed to feel like a real nature documentary. I think the ad-libbing is a nice touch, as you’ll never know what to expect from the cast members. Just look at this guide who made a hilarious joke that went viral a few weeks ago:

Since its opening in the 1955, it’s one of the rides that have remained relatively unchanged in its theme. Though there have been animatronic enhancements, restoration, refurbishing, and other maintenance and alterations over the decades, it’s still roughly the same ride as it was since Disneyland’s first day.

And just like The Haunted Mansion attraction inspiring a 2003 film and the Pirates of the Caribbean inspiring an entire film franchise, the Jungle Cruise has inspired its own film starring Dwayne “The Rock” Johnson and Emily Blunt to be released in 2020.

What would any theme park be without a quintessential carrousel for young children to enjoy? The King Arthur Carrousel is located in Fantasyland to match the fairy tale theme of the area. Unlike the other rides, King Arthur Carrousel was built 33 years prior to Disneyland’s opening in 1955 and was built for the Sunnyside Beach Park in Toronto, Canada where it first operated until the park closed down.

In 1954, Disney bought the ride and had it relocated, refurbished, and modified to match the rest of the park. Disney specifically wanted the King Arthur Carrousel instead of creating his own because it was inspired by the Griffith Park carousel, which is allegedly the ride that inspired Walt Disney to create Disneyland with his brother in the first place.

Staying in the Fantasyland area, you also have the Mad Tea Party, a spinning tea cup ride inspired by the Unbirthday Party scene in Disney’s 1951 animated film Alice in Wonderland. Aside from being one of the oldest rides in Disneyland Park, it’s also one of the most infamous: out of all the Fantasyland rides, the Mad Tea Party is the only one that has caused a handful of guests to experience motion sickness.

Similar attractions in Florida, Tokyo, Paris, and Hong Kong exist, though they go by slightly different names all alluding to the Alice in Wonderland and Mad Hatter themes. Except for Tokyo Disneyland, all four versions were already in established on their respective parks’ opening day. The original one in California is the only ride that does not operate during the rain because the ride does not have a roof to cover the attraction and the water messes with the tea cups’ spinning mechanism.

When Disneyland was still in its planning stages, the original plan for the park to be built across the street from Walt Disney Studios, with the steamboat ride supposedly giving views of the studio during the ride. However, when the plan for Disneyland became much bigger, they could no longer have it built across the studio, but the idea for a riverboat was retained.

The ride’s maiden voyage took place four days before the park opened during a private celebration for Walt Disney and his wife’s 30th wedding anniversary. However, just because its first ride went smoothly does not mean the Mark Twain Steamboat was spared of the mess that was Disneyland’s first day. Prior to opening the ride, none of the ride’s engineers had estimated how many passengers the steamboat could safely carry. As a result, the boat nearly capsized in several occasions since the crew would allow 500 guests at a time or until the deck nearly reached the waterline. Eventually, the maximum capacity was set to 300 passengers to avoid anymore accidents.

Despite its rough start and a major refurbishment in 1995 a temporary 18-month closure in 2016 to make way for the Star Wars: Galaxy’s Edge attraction, the Mark Twain Riverboat is still operating. Similar attractions are available in Florida and Tokyo, with the Tokyo riverboat so large that it was legally required to be registered as an actual boat.

Despite opening in 1955, Disney already had a few dark rides (indoor rides featuring black light and other special effects) available on opening day. One example is Mr. Toad’s Wild Ride. Originally meant to be a roller coaster, it became a dark ride because Walt Disney wanted all rides to be available to people of all ages. The Fantasyland ride is based on Disney’s 1908 adaptation of The Wind in the Willows. While it’s been open since 1955, the ride you can experience today is different from the original one after a major renovation in 1983.

Another Fantasyland-based dark ride is Peter Pan’s Flight. Based on Disney’s 1953 animated film Peter Pan, it is one of Disneyland’s most popular attractions. The ride’s intent is for the guests to fly as though they themselves were Peter Pan. However, because not a lot of audiences understood this and were left wondering why Peter Pan himself was not in the attraction, other attractions either expanded or slightly altered the ride or featured more audio and animatronic effects.

You might notice that a lot of the rides had a major renovation in 1983 – that’s because the entire Fantasyland went under major overhaul, and Peter Pan’s Flight was included. During this time, several of the attraction’s features were removed, while an audio-animatronic Peter Pan was added to remove the confusion in the ride. It had another major refurbishment in 2015 and was closed for 5 months.

Aside from the original Disneyland Park, you can find Peter Pan’s Flight in the Florida, Paris, Tokyo, and Shanghai parks.

Like several other rides in Fantasyland, while it was operational in 1955, it underwent a major chance in 1983. Originally, the attraction was called “Snow White and Her Adventures” until it was renamed during the 1983 overhaul. Like the Peter Pan ride, guests who rode on the attraction were filling in the role of Snow White, but some people did not understand the concept and wondered why Snow White was not visibly seen in the ride. During the Fantasyland overhaul, Snow White appears once in the attraction.

One problem that was solved after the 1983 overhaul was the constant case of guests stealing the poisoned apple. At one point in the original ride, the Evil Queen disguised as the old witch would offer guests the apple, which several guests had managed to take and bring home as a souvenir. After the overhaul, instead of a prop apple, a projection of an apple was used.

The Walt Disney World in Florida once had a similar ride in its Magic Kingdom theme park, but it was discontinued. You can still find similar attractions in Tokyo and Paris.

These are the rides that have survived the test of time and are still entertaining Disneyland guests to this day. However, with their popularity comes wait times. Disney FastPasses are a good way to cut down the waiting time, so if you’re planning to visit Disneyland multiple times in a year, why not add extra FastPasses when you buy your Disney annual passports?