When Women Wear the Pants: Why Lady Gaga’s Bold Move to Wear Pants Is More Than Just a Fashion Statement 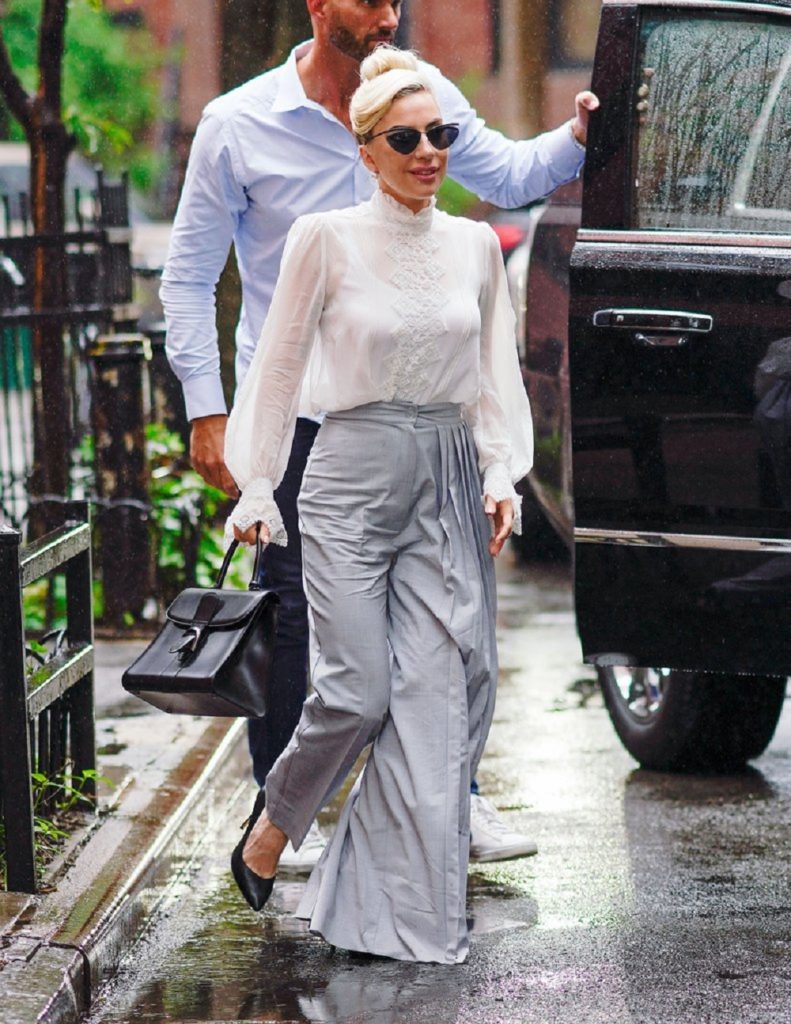 Lady Gaga turned heads during the Elle Annual Women in Hollywood Celebration on Monday night donning an oversized Marc Jacobs pantsuit. Since her rise to popularity in the late ’00s, Gaga has worn extravagant, albeit sometimes confusing outfits. But on that day, her clothes had a deeper meaning: it was a way for her “to take the power back.”

In an emotional speech after accepting a Women in Hollywood Award, she talks about the pain of being a sexual assault survivor in the entertainment industry. “I decided today I wanted to take the power back,” she said tearfully. “Today, I wear the pants.”

She goes on to talk about how she tried so many outfits for the event — tight corsets, heels, diamonds, and basically everything you’d expect from a red carpet event — and found herself “sick to [her] stomach wondering why she cared so much about how her outfit and what others would say about her. She then realized what her outfit would mean for an event that celebrated the successful women in Hollywood.

“And I asked myself: What does it really mean to be a woman in Hollywood? We are not just objects to entertain the world. … We women in Hollywood, we are voices. We have the power to speak and be heard and fight back when we are silenced. “After trying various gowns, she found the Marc Jacobs suit that allowed her to go as herself.

It may just be an outfit, but what we wear can speak volumes about our identity. I applaud Lady Gaga and the way she took back her style and her self. But in the midst of the #MeToo movement and sexual harassment and sexual assault cases finally stepping into the spotlight (in, ironically, a city filled with a lot of spotlights), her move goes beyond her experiences and also speaks out for the women who, like her, have lost their identities because of sexual abuse. And the fact that she chose to wear pants as a symbol of her power says so much, considering the amount of gender politics that goes into a pair of trousers.

A Brief History on Women and Pants 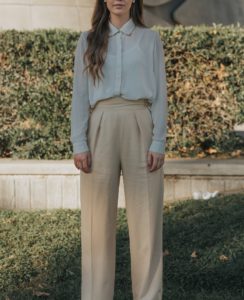 Pants have existed for centuries, with some civilizations allowing women to wear pants. However, until the 20th century, pants were generally restricted to men’s garments. Women had to wear loose drawers under their dresses for modesty, and women that did wear pants were considered cross-dressers. Joan of Arc wore pants in the 15th century along with men’s armor. It was a rape deterrent, and partly because of this decision, she was burned at the stake.

There is evidence that suggests some women wore pants by the 1800s until the early 20th century, but it was not totally accepted. In the 1850s, Amelia Bloomer started the “bloomer” pants fad by wearing baggy ankle-length trousers under her dress. By the 20th century, pants were only appropriate for “occasional dressing.” Hostess pajamas and bicycling pants were acceptable, but it was not acceptable for business or dress occasions until the 1970s.

Celebrities in the ’20s to ’30s such as Marlene Dietrich and Katherine Hepburn could get away with wearing pants without repercussions, but ordinary women could have been fined or ridiculed. In fact, France actually had a law that women needed permission to dress like a man, and while the law hasn’t been enforced for over a century, it wasn’t repealed until 2013. In 1939, a woman in Los Angeles was imprisoned because a judge found her slacks a distraction during the court session. As a result, women in Congress were not allowed to wear pants until 1993.

By World War II, it was necessary for women to wear pants if they wanted to help with the operations back home. Because of the lack of men, businesses had to hire women for positions they were capable of, and dresses were a workplace hazard for some positions. However, when the war ended, fewer women had the need to wear pants, and by the ’60s, it had gone out of style once more.

Throughout this time, pants had become a symbol of power and of women rising to fight for equality with men who could easily wear a pair of pants without causing a scandal. Women were shamed, fined, and arrested for wearing pants and were expected to wear skirts, as befitting the gender stereotype. But the moment women chose to put on a pair of pants, they were ignoring that gender role they had to play and showed that they were capable of doing what men could do with the right outfit. Thus, it became the symbol of feminism during the ’70s movement, and pants were sold as unisex until the ’90s when women were allowed their own line of pants for any occasion. 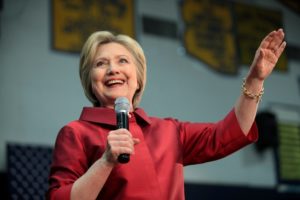 Years after the movement, wearing pants has become commonplace. No one bats an eye when a woman puts on a pair of jeans. Yet, sometimes we have women who know how to play with fashion and style to make a statement. Hillary Clinton, for example, rarely wore a skirt in her 2016 presidential campaign. It is a bold statement, with her competing against the masculine man. While skirts can be empowering, she left a message by her clothing alone: I have the same power as this man. What he can do, I can do better. While she didn’t win, it was a statement she pulled off that earned her the popular vote, though not the electoral college.

While commonplace, it’s easy to look back at the history of women’s pants and see how gender comes into play. Women could be fined for wearing pants because men say so. Women didn’t need to wear pants because men were the breadwinners of the family. Women could wear pants when it was necessary, but the moment it wasn’t, women were expected to go back to wearing skirts.

Pants, therefore, have become a symbol of power and control, one that men have held for centuries. Therefore, when a woman makes a statement wearing pants, it’s usually not just a fashion statement: she is taking back the power and control for herself. And it’s something we have seen very often, given the recent #MeToo movement.

From Harvey Weinstein to David Mueller, the #MeToo Movement has seen more people coming forward demanding justice despite years of silence and carrying their burden. And every time a woman chooses to put on a pair of pants, it reflects the importance of this entire movement. The movement does not celebrate women alone, it celebrates all the people who were scared or coerced into the margins to let the people in power control their actions and their identity.

Lady Gaga in a suit is her taking herself back from every standard and expectation placed on her. It’s her telling the man that assaulted her that he has no power over her — it is her power alone and she is taking it back. But it is also much more than that. It’s Uma Thurman fighting to stay calm in an interview when she finally speaks out about Weinstein. It’s Taylor Swift refusing to be baited in court to make it seem like the assault was her fault. It’s Terry Crews foregoing macho, toxic masculinity to admit he was groped.

At the end of the day, Lady Gaga’s decision to move forward from her ordeal and use a pair of trousers to regain her power and identity not only speaks volumes for herself and other women sharing in her experience but symbolizes the gaining power women are earning amidst a growing #MeToo movement. Finally, after years of manipulation and oppression, women in Hollywood are finally wearing the pants.